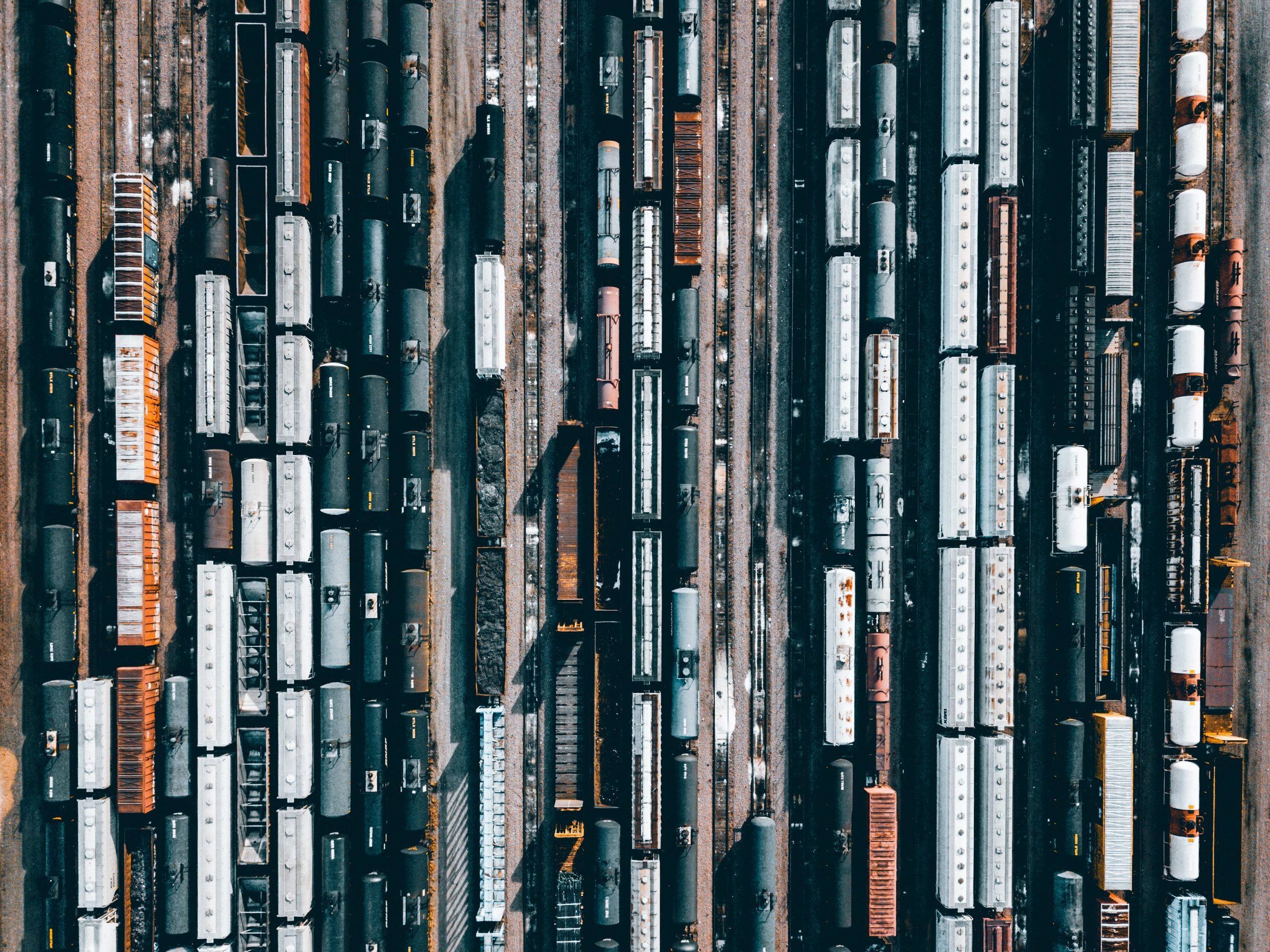 Welcome to another issue of a series where we breakdown global venture capital activity and what it means for you as an investor or founder. This brief is a digest of market intelligence from the industry's most trusted sources, offering a bird's eye view of the ever-changing venture landscape.

Winter is coming…actually... not yet.

In our last issue, we predicted that Venture Capital funds would slow down their cash deployment, aka…

But as you saw earlier, this hasn’t technically been the case in terms of total dollars invested.

What gives? Public Markets are like Freshmen at Spring Break.

Although initially thought of a virtual impossibility, the US equity markets have hardly flinched. As of July 9, Dow Jones is only down 9% while S&P 500 has pretty much recovered it’s losses for the year (down <2% YTD) while the tech-heavy NASDAQ is off to the races with +17% YTD.

On the other hand, private markets still continue to show plenty of forward momentum. Back in March, we were looking at US public markets down nearly 40% from its February peak. Most had assumed that liquidity for venture funds and companies would dry up for the remainder of 2020. While capital markets are still down from the 2018/2019 high water points, there are clear signs that capital has not dried up in the way we predicted. That being said, with the level of uncertainty today, this could change at any moment.

How does it affect VCs?

Capital has shifted to fewer and bigger deals.

As you may have noticed in the “In a nutshell'' section, the number of reported early-stage deals dropped significantly from Q1 '20 & Q4 '19. Competitive rounds, however, never really stopped. What has changed is that the rounds have gotten bigger: what would have been a pre-seed round is now likely to be competitive ‘pre-Series A’ and more often than not, with a larger VC. On top of that, there is increased seed activity from larger VCs who want to keep investing heavily but can’t justify doing Series A/B deals fully remotely.It particularly makes sense for early-stage investing as it generally focuses on 5-8 year time horizons. Short term uncertainty could be unsettling, but over the long-term most companies starting now will be on the right side of history.The best-performing vintages tend to be those that invest at the nadir of a downturn and into the early stage of recovery. For instance, 2009 is the first vintage since the 1990s where VC funds produced a median IRR in the double digits, and returns have remained strong for vintages through the 2010s as well. More than 50% of VCs are not changing their investment strategy at all.

Another trend we are seeing now at early stage investing is that founders are running dual capital raise processes to see which gets traction. We have seen both of the following:

This is a smart strategy that we wholeheartedly support. Any good founder should know best as to the minimum investment needed to de-risk their business, not VCs.

How are LPs reacting?

Confidence of LPs who are already invested in the VC asset class remains high across all LP categories. LPs seem excited about allocating today vs. pre-COVID-19, particularly due to the expectations of lower valuations and a belief that the pandemic dramatically has accelerated the trajectory of the innovation curve [Source].

What does it all mean for founders?

What we are seeing in the early stage fundraising landscape is that it’s a great time for founders to raise and for VCs to invest. If you're even thinking about raising at all between now and Q1 ‘21, raise at least a little bit now to weather uncertainty. Why?

Where does this leaves valuations

Taking into account the industry as a whole, VC valuations held up strong in Q2’ 20. This was mainly driven by an increase in late-stage valuations and stable early-stage valuations. This could be due to deals that were already months in the making, particularly for the later stages. Per a survey conducted by VC firm NFX, however, VCs report that they have seen lower valuations since the pandemic began. In the US, 60% of VCs have reported to see valuations drop by 20-30% as a result of COVID-19 (see chart below). So while public data from closed deals do not reveal a drop in valuations just yet, it is the view of VCs that additional decline in valuations will materialize over the next 12 months.

If you’re a well-connected founder, it is likely that your valuation won't drop significantly. The drop in valuations will probably affect most companies that have raised last year. For those founders, we advise benchmarking your startup against the market and comparables in your geography and vertical before setting your valuations so you minimize any shock.What we can say for sure is that, in three months time, things will look very different than they do now. So if you are thinking about raising funds, it would be in your best interest to raise now. We predict that the early stage fundraising markets will be good for at least the summer.

The general theme is that B2B startups are seeing stable revenues or even seeing a revenue uptick because the rate of software adoption in legacy businesses has been accelerated 3-5 years. The next few years will result in a lot of old, legacy businesses that have shunned innovation with ineffective leadership being left behind. Particularly startups in SaaS, Healthcare and Blockchain are reporting a revenue uptick of 32-43%, as can be seen in the chart below:

It’s quite clear now that COVID-19 has accelerated pre-existing tech trends. In the previous Brief, we spoke about some of the industries that predictably were going to be accelerated by current events. We have seen those sectors take off, particularly:

On top of that we are quite excited for the following verticals:

Thanks to COVID-19, physical retail is shifting online through rising e-commerce sales or malls being replaced by online fulfillment centers. This shift is particularly prominent in the grocery aisle.In the last brief, we predicted that online grocery would be gaining more traction and a broader share of the market as users turn to these services during the pandemic. What has been surprising is how prominent that shift has been. Online grocery delivery sales are already up 6x in less than a year! This is what happens when a huge market accelerates to digital in 30 days.

On the demand side, online grocery shopping is continuing to reach even higher numbers as consumers are in no mood to return to the store yet. This trend is expected to last until we have a vaccine, which is expected to be around Q1 ’21 at earliest (but really it’s anybody’s guess). Hence, growth is driven not only by new customers who jumped on the bandwagon after COVID-19 but also because customers are now ordering more frequently than ever.Supply is also increasing to meet that demand. More retailers (including independents) have added capacity for online order fulfillment amid the coronavirus pandemic to meet consumers’ changing needs. Thank you Shopify! The retail market has increased capacity across the board with greater choice (or options) for shoppers. Though in reality, these trends are not only limited to online groceries.This means that as VCs, we are particularly interested in startups that are helping established retailers accelerate their efforts to make shopping online even more seamless. One of our portfolio companies, Bitphy, is targeting this exact challenge, helping brick-and-mortar stores bring inventory online.Sources: Pitchbook: Venture Capital Outlook H1 Follow-up, Pitchbook: Pandemic Driven Tech Opportunities, Crunchbase: How COVID-19 Changed the VC Investment Landscape in the US, SVB: State of the Markets 2020 Q2 Report. 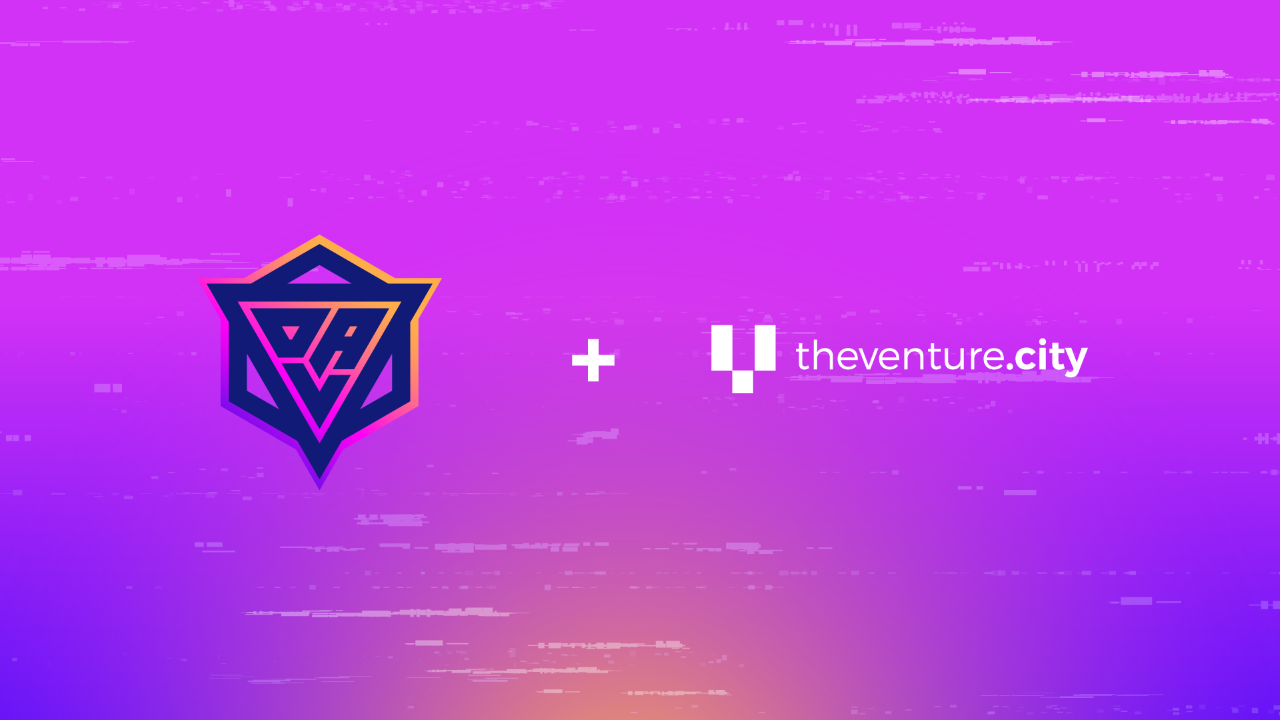 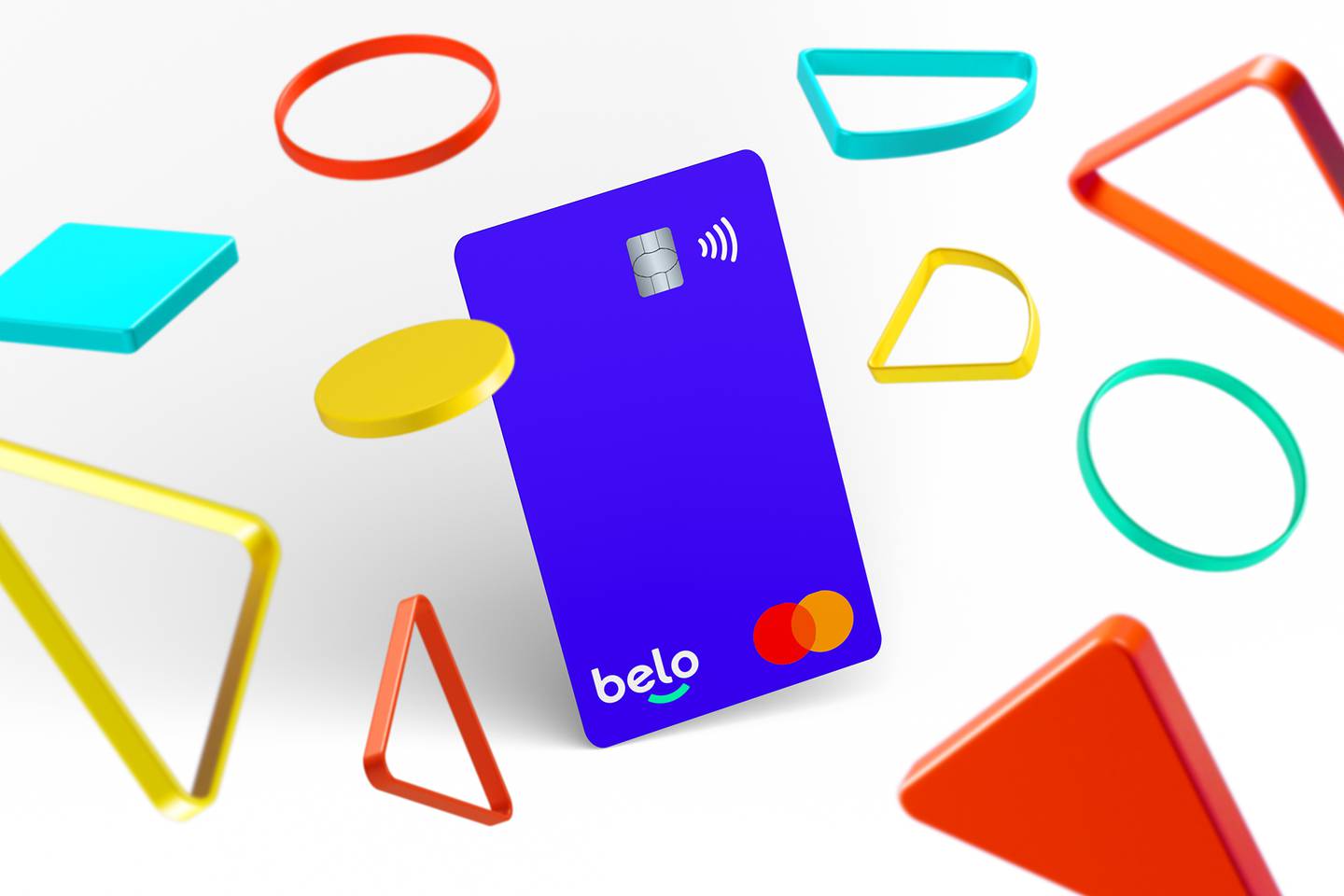 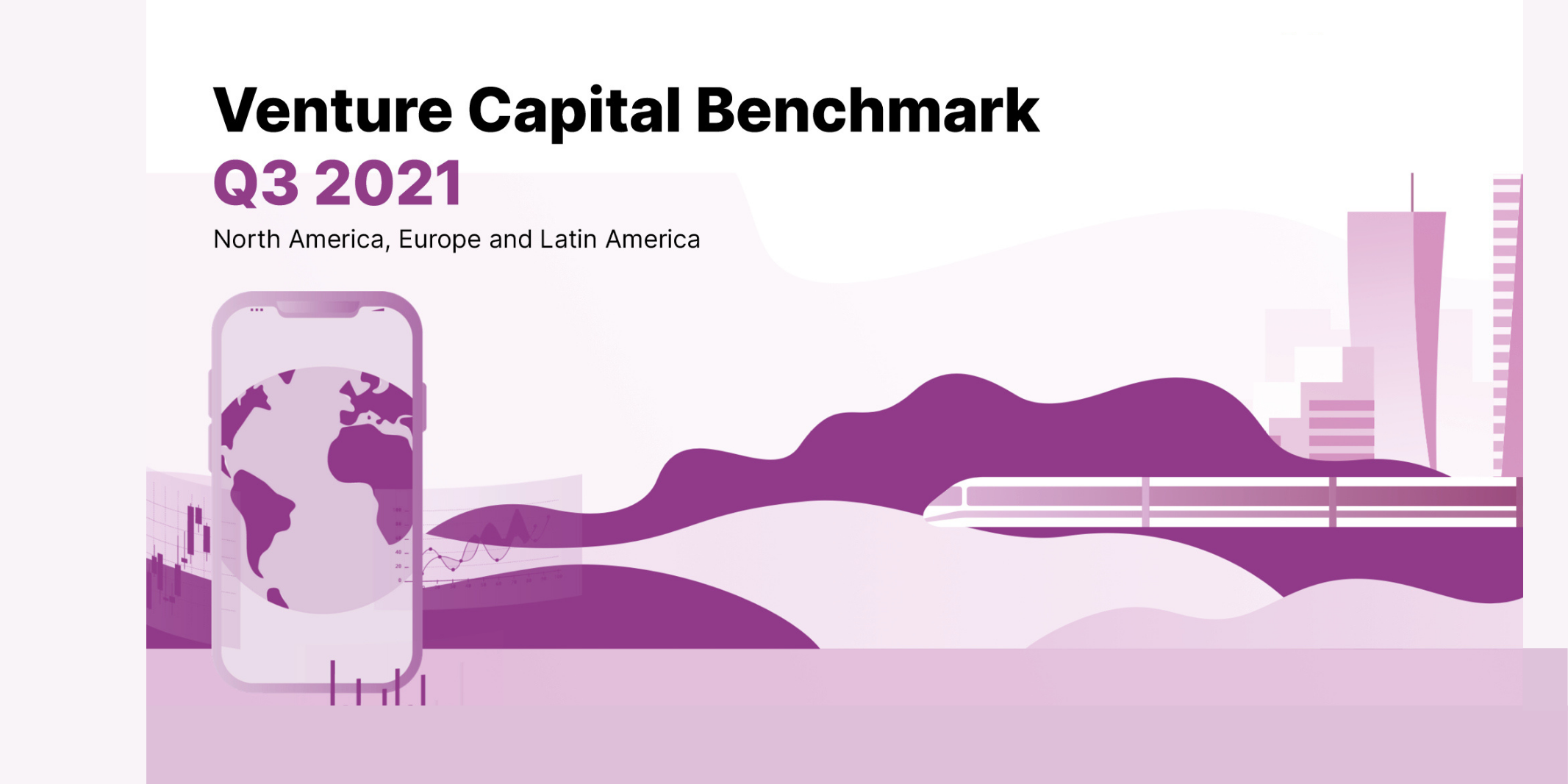